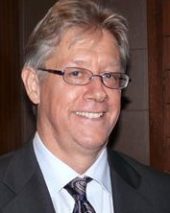 Douglas represents and advises companies and individuals on a wide range of commercial law issues. He represents U.S., European and Japanese companies with operations and subsidiaries in Thailand. He has substantial experience advising multinational corporations on mergers and acquisitions in Thailand, including representation of:

Douglas also has more than 30 years experience supervising and handling litigation and arbitration matters. He has taken cases to trial in the U.S., and he has handled major arbitration matters in the U.S. and Asia. This experience not only makes Douglas a strong and effective advocate when disputes arise, but also adds depth to his transactional practice. Douglas has a recognized strong anti-corruption practice that includes substantial experience with the U.S. Foreign Corrupt Practices Act (FCPA).  He has authored articles and spoken on anti-corruption issues in Thailand and abroad (e.g., Singapore, Japan, Washington, D.C. etc.).  Mr. Mancill has locally supervised scores of internal compliance investigations and routinely advises clients on matters relating to the FCPA.

Anti-Corruption:
Douglas is recognized in Thailand for his work on FCPA and fraud investigations. Before his secondment to Thailand in 1998, Douglas worked on an internal investigation by an airplane parts manufacturer into alleged corrupt foreign dealings in Asia, a major embezzlement case, several cases involving alleged self-dealing and several creditor fraud cases. In Thailand, Douglas routinely works on internal FCPA reviews and fraud investigations and claims. He has handled internal fraud investigations and compliance reviews for, among others, an auto parts maker, a major “household name” company in the IT sector, several major companies in the oil industry, the entertainment sector and several medical equipment suppliers.

Dispute Resolution:
Douglas has an active dispute resolution practice. He handled major several trans-national litigation matters while in the U.S. before his secondment to Thailand, including federal court litigation on behalf of Japanese, Chinese, Indonesian, Taiwanese, Singaporean and Thai parties. While handling such litigation, Douglas conducted discovery in multiple Asian jurisdictions and took or defended scores of depositions in Asia. While in the U.S., he handled and worked on several commercial cases through trial, including a distributorship dispute, an option agreement dispute, a bankruptcy adversary case involving complex IP issues and a seven week jury trial on behalf of Bank of America. He worked on an ICSID arbitration matter involving the alleged expropriation of a gem field in Sri Lanka. He has also worked on several Thai Arbitration Institute arbitration matters and ICC arbitrations. His experience handling dispute resolution matters in Asia is broad, and includes handling a dispute over a multimillion dollar claim from a damaged power plant, a dispute over interpretation of a power purchase agreement, a dispute over purported delays in the fabrication of an offshore oil rig, the application of Thai maritime law in foreign court proceedings, the application of Thai law in a foreign probate proceedings and a construction dispute involving the Yadana pipeline between Thailand and Myanmar.

Restructuring:
In the area of insolvency and debt restructuring, Douglas handled numerous U.S. bankruptcy matters before his secondment to Thailand in 1998. In Thailand, he has worked on matters involving:

Mr. Mancill was named by “Asia Law” as one (of only two) leading lawyers in Thailand in the area of Corporate Restructuring in both 2003 and 2004.